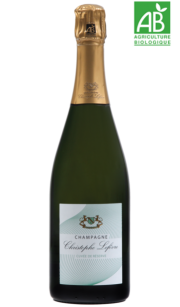 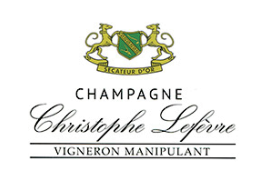 Founded in the 1980s, the current owners of the Christophe Lefèvre House are the second generation of Champagne winegrowers to have embarked on the adventure of organic winegrowing.
Son of a farmer, Christophe Lefèvre has always been passionate about working on the land and in the vines. A few years after taking over the family estate, he decided to start winegrowing, an activity which, although abandoned by his father, had already been practiced by his grandparents. This Champagne farmer gradually converted his family farm and enriched, year after year, his vineyard.
He has long been converted to the principles of agricultural practices in harmony with the environment and has used organic techniques for his champagnes from the very beginning.
Almost 40 years after this conversion, Christophe Lefèvre, recently joined by his son, is now at the head of a 4.30 hectare estate of vines grown exclusively in an environmentally friendly manner, using organic methods certified by ECOCERT. 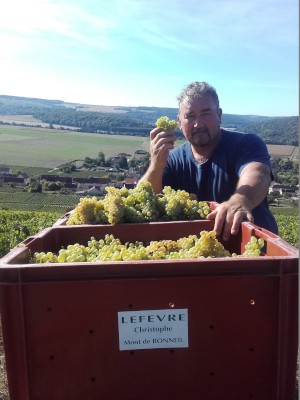 The History of Organic Champagnes

A relatively unknown fact, Champagne is one of the first places in France to experiment with organic farming. At the end of the 1960s, a handful of winegrowers, aware of the ever-increasing use of chemicals in Champagne production, decided to develop a new approach to winegrowing. At that time, there were no regulations or organic labels, and this type of agriculture was a total experiment based on daily observation of the earth and the effects on the plants. After a few challenging years and despite general skepticism, these first organic winegrowers of Champagne opened up a new field of possibilities that were seized by some of the winegrowers who succeeded them. Among them is Christophe Lefèvre who, from the very early days, applied the reasoned viticulture principles to his production. His organic champagnes, free of pesticides and low on sulphites, are produced in the Château Thierry region.

Christophe Lefèvre Champagne is located in the village of Bonneil in the western part of the Marne Valley. The champagnes of the House are born and aged in Mont-de-Bonneil, a hamlet overlooking the Marne Valley, not far from Château Thierry.
The 4.3 hectares of vines of the House are composed of 75% Pinot Meunier, 15% Pinot Noir and 10% Chardonnay. The yields of the vines are deliberately reduced to increase the maturity and aromatic concentration of the grapes. In addition to its commitment to organic viticulture, Christophe Lefèvre Champagne is one of the last Champagne houses to still use a traditional press. Aware of the importance of lunar cycles on the maturation of the wine, Christophe Lefèvre only racks the wines at the descending moon, without cooling them down or filtering them to preserve all their natural flavors.
Christophe Lefèvre champagnes are the result of a blend of powerful wines from low slopes and fresh wines from high slopes, giving these champagnes a unique finesse and aroma. As a sign of the importance given to the proper maturation of the wine, the house's champagnes are only sold at least 3 years after the harvest. The quality of Christophe Lefèvre Champagne wines stems above all from their respect for nature, combined with traditional Champagne expertise, mastered and repeated year after year.